National Attention
Democratic National Convention 1992
http://www.c-span.org/video/?27100-1/american-crime-drug-issues
In 1989 I was recruited to lead what stated as a local initiative to provide positive alternatives to youth in Seattle. Holly Miller, Former Superintendent placed faith and trust in a team of local community persons with limited knowledge of traditional recreation but a tremendous amount of passion and motivation to turn the tide of violence and crime in our communities.

This violence, drug activity and criminal behavior was sweeping the nation in the wake of the criminalization of minor drug offenses, no tolerance policies in schools, failing schools, astronomical unemployment rates specifically in communities of color. In lieu of these tragedies young people responded to the work of James Hampton, Steve Grier, James King, Brian Hayes, Liza Comtois, Daisy Catague, Albert Tufono, Junior Folosa, Claire Somonski, Staci Mc Farland and hundreds of other common citizens striving to make a difference in the lives of children and youth. Factoid the current Director of Parks and Recreation in Seattle, the Director of the Seattle Tennis Center and many others started their careers through the pathways of serving youth at the Late Night Recreation Program. 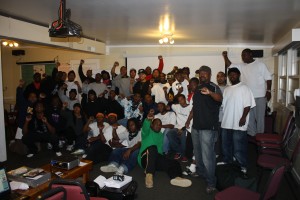 My good friend of over 40 years Steve Sneed at the time director of Langston Hughes Cultural Arts Theater initially hired me to work for Parks and Recreation as I served as a Recreation Attendant answering phones and scoring original musicals at the front desk to save budget for our enormous cast and crew. Mayor Norm Rice was confronted by a crew of BGD’s “Black Gangster Disciples” in Southeast Seattle who emphatically stated they had nothing to do on weekend nights to avert their involvement in criminal activity. In a public statement the Mayor was encouraged to state “we will not work with or provide activities for hoodlums and criminals. The following work week after toiling about ways to revive the city, create safer communities and make our region more attractive to big business like Microsoft, Amazon, the revival of Boeing, the evolution of Starbucks, Costco and many other milestone businesses.


Seattle was going through a legendary cornerstone in its young history, its first African American mayor, significant reinvestment in schools and establishment of Seattle is a kids place, while battling the hidden scars of racism and social injustices deeply planted in institutional racism. Fast-forward and we see the critical work done on the streets of Seattle deep into the night served as a platform to change the fabric of the city and revival of communities such as the Seattle Central District, Colombia City, West Seattle junction, Lake City, Rainier Beach and Bacon Hill as cornerstone communities in the first three to five years of the programs infancy. 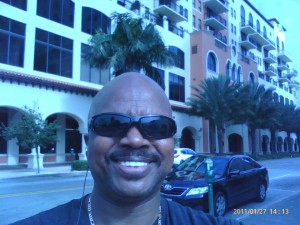 I get chills thinking about the struggle, the challenges, the building of the management infrastructure that led to the development of the Teen Program Unit, Teen Life Centers and much more. Thank you to all the staff and exceptional volunteers who worked their hearts and souls to save lives and communities…. I am humbled by your efforts and will never forget your hard work and dedication.