They all have one thing in common and that is, they have a charismatic personality, endowed with loads of confidence and dominance.

Their body language exudes supreme confidence and sexuality in a positive manner. Their aura, it seems, acts as a magnet and pulls umpteen number of audience, no matter where they go. They truly are reminiscent of the alpha male. What is the alpha male definition? For the uninitiated, the term alpha male is used to describe an individual in a group or a society who dominates the group, and has natural ability to take initiatives and stand out as a leader in times of crisis and difficulties. Generally, one of the most talked about and hyped alpha male characteristics is that they are a woman charmer, and have the potential to attract them instantly.

The alpha male is endowed with leadership qualities and is smart, elegant, successful, confident and keeps things under his control without dominating others.

Courteous Behavior!
The hallmark of an alpha male is his behavior. The alpha male represents himself as a confident player and makes sure that his position and authority is never questioned. He stands out differently from the group and his dominant body language conveys that he is under control of the situation. He talks less but talks smart. The alpha male is not the one who chases a woman, but he is the one who is chased by women.

Refined Body Language!
Majority of the alpha men are muscular, strongly built and their physical appearance makes them easily noticeable in a group. Even if they don’t have some flexed triceps and biceps, you will find alpha men, fit and healthy, and with an imposing personality. An alpha male has an enigmatic charm on the face and exhibits confidence and courage.

Say Bye-Bye to the Negative Beta Male Traits!
There are many males who fall in the category of beta males. The negative attitude of beta men makes them the last choice for woman. The beta males are generally nagging and complaining about issues that require little or no attention. The constant anxiety and worrying habit acts as a contributing factor in decreasing the confidence of an individual.

In the corporate world a person is said to be suffering from the alpha male syndrome (it’s just a way of referring to an individual) if an individual always strive to be the number one guy in whatever he does! He has only one thing in his mind and that is his task/mission. Some people even call alpha males narcissistic. The alpha people (called as alpha’s) have high levels of potential that can be harnessed by proper guidance and support. No matter what the different schools of thoughts say, alpha males are undoubtedly an asset for an organization and the real ‘macho’ man that women dream and think about.

there youy have it!
M Shake 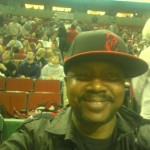 About the Author: admin

You have Successfully Subscribed!