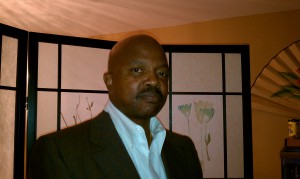 In Oakland Town Business rules – you either handle your business or get thrown under the bus. Its simply black and white here with a wide array of grey areas. Remember Oscar Grant – the town responded with a public display of dis-pleasure, rally’s sit ins and marches on the town. Oakland is a city that really comes together when in-justice faces the masses, remember the 60’s when the Black Panther Party, civil unrest, peoples park in Berkley, the famous courthouse scenes displayed around the world with Lake Merritt in the background? It’s currently an image of its former self, however the spirit of the people are still strong given what they’ve gone through…

Last year, the Congressional Quarterly Press ranked Oakland as the most dangerous city in California and the fifth most dangerous city in the United States. Oakland’s violent crime rate is substantially higher than high-crime cities like New Orleans, Washington, D.C., and Los Angeles remember The tentative agreement, if approved, will expire June 30, 2015, and if approved will voluntarily save the city an unprecedented $65.5 million over four years. In addition, the tentative agreement specifically states that there will be no layoffs or furloughs for Oakland police officers through 2015, wow now that’s ganster “town business for real. Non-sworn staff earn, on average, $75,000 in salary and benefits. OPD officers earn, on average, $150,000 in salary and benefits.

Approximately 66% of the City’s budget is paid to police and firefighters — where the budget deficit is.

City of Oakland residents have generously approved numerous property tax increases over the last few years, including myself. And you are currently considering asking residents to approve yet another $80 parcel tax to provide continued support to the City’s General Fund. That’s Town Business for real ” Oakland Born and Raised” don’t get it twisted, everybody got a hustle even Oakland’s finest ‘OPD Oakland’s Primary Deficit.

Look at the statistics

Since 2005, Oakland has been playing musical chairs at the top of the list every year with St. Louis and Detroit and Camden should be cause for concern. I, for one, welcome the loud annual reminder that when it comes to the amount of violent crime that goes on in Oakland, we are not in the type of company that we want to be keeping. So yes, it is good that reported crime compared to last year is down. And it is good that it is also down from the year before that.

But the fact remains, people are constantly getting killed on our streets, and despite recent progress, we have a really long way to go before we’re we want to be in terms of public safety in this Oakland. So who’s really benefiting from the crime in Oakland is it the brother or sister who re-enters after incarceration just wanting a job, an opportunity to take care of the family after paying their debt to society is it the retired officer or firefighter who gets paid very well regardless of how well they’ve protected the citizens in the city of Oakland. Let’s not blame officers and firefighters for getting the best for themselves again that’s “town Business….here are the OPD stats below